Daddy just didn’t know how to show love. It was Mom who held the family together. He just went to work every day and came home; she’d have a list of sins we’d committed and he’d scold us about them.

Once when I stole a candy bar, he made me take it back and tell the man I stole it and that I’d pay for it. But it was Mom who understood I was just a kid.

I broke my leg once on the playground swing and it was Mom who held me in her arms all the way to the hospital. Dad pulled the car right up to the door of the emergency room and when they asked him to move it saying the space was reserved for emergency vehicles, He shouted, “What do you think this is? A tour bus?”

A young man was getting ready to graduate from college. For many months he had admired a beautiful sports car in a dealer's showroom, and knowing his father could well afford it, he told him that was all he wanted.

As Graduation Day approached, the young man awaited signs that his father had purchased the car. Finally, on the morning of his graduation, his father called him into his private study. His father told him how proud he was to have such a fine son, and told him how much he loved him. He handed his son a beautiful wrapped gift box. Curious, but somewhat disappointed, the young man opened the box and found a lovely, leather-bound Bible, with the young man's name embossed in gold. Angrily, he raised his voice to his father and said, "With all your money you give me a Bible?" He then stormed out of the house, leaving the Bible.

Many years passed and the young man was very successful in business. He had a beautiful home and a wonderful family, but realizing his father was very old, he thought perhaps he should go to see him. He had not seen him since that graduation day. Before he could make the arrangements, he received a telegram telling him his father had passed away, and willed all of his possessions to his son. He needed to come home immediately and take care of things.

When he arrived at his father's house, sudden sadness and regret filled his heart. He began to search through his father's important papers and saw the still new Bible, just as he had left it years ago. With tears, he opened the Bible and began to turn the pages. As he was reading, a car key dropped from the back of the Bible. It had a tag with the dealer's name, the same dealer who had the sports car he had desired. On the tag was the date of his graduation, and the words… "PAID IN FULL".

How many times do we miss blessings because they are not packaged as we expected? Do not spoil what you have by desiring what you have not; but remember that what you now have was once among the things you only hoped for.

Sometimes we don't realize the good fortune we have or we could have because we expect "the packaging" to be different. What may appear as bad fortune may in fact be the door that is just waiting to be opened.

"Can I see my baby?" the happy new mother asked.

When the bundle was nestled in her arms and she moved the fold of cloth to look upon his tiny face, she gasped. The doctor turned quickly and looked out the tall hospital window. The baby had been born without ears.

Time proved that the baby's hearing was perfect. It was only his appearance that was marred. When he rushed home from school one day and flung himself into his mother's arms, she sighed, knowing that his life was to be a succession of heartbreaks.

He blurted out the tragedy. "A boy, a big boy…called me a freak."

He grew up, handsome except for his misfortune. A favorite with his fellow students, he might have been class president, but for that. He developed a gift, a talent for literature and music. 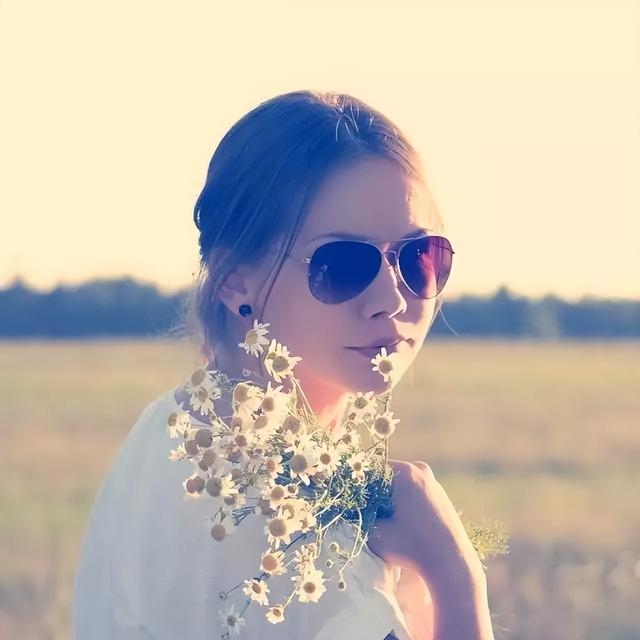 Passing through the Atlanta airport one morning, I caught one of those trains that take travelers from the main terminal to their boarding gates. Free, sterile and impersonal, the trains run back and forth all day long. Not many people consider them fun, but on this Saturday I heard laughter.

At the front of the first car – looking out the window at the track that lay ahead – were a man and his son.

We had just stopped to let off passengers, and the doors wee closing again. “Here we go! Hold on to me tight!” the father said. The boy, about five years old, made sounds of sheer delight.

I know we’re supposed to avoid making racial distinctions these days, so I hope no one will mind if I mention that most people on the train were white, dressed for business trips or vacations – and that the father and son were black, dressed in clothes that were just about as inexpensive as you can buy.

“Look out there!” the father said to his son. “See that pilot? I bet he’s walking to his plane.” The son craned his neck to look.

As I got off, I remembered some thing I’d wanted to buy in the terminal. I was early for my flight, so I decided to go back.

I did – and just as I was about to reboard the train for my gate, I saw that the man and his son had returned too. I realized then that they hadn’t been heading for a flight, but had just been riding the shuttle.

“I want to ride some More!”

“All right,” the father replied, and when a door opened we all got on.

“Where are all these people going, Daddy?” the son asked.

“All over the world,” came the reply. The other people in the air port wee leaving for distant destinations or arriving at the ends of their journeys. The father and son, though, were just riding this shuttle together, making it exciting, sharing each other’s company.

So many troubles in this country – crime, the murderous soullessness that seems to be taking over the lives of many young people, the lowering of educational standards, the increase in vile obscenities in public, the disappearance of simple civility. So many questions about what to do. Here was a father who cared about spending the day with his son and who had come up with this plan on a Saturday morning.

The answer is so simple: parents who care enough to spend time, and to pay attention and to try their best. It doesn’t cost a cent, yet it is the most valuable thing in the world.

The train picked up speed, and the father pointed something out, and the boy laughed again. 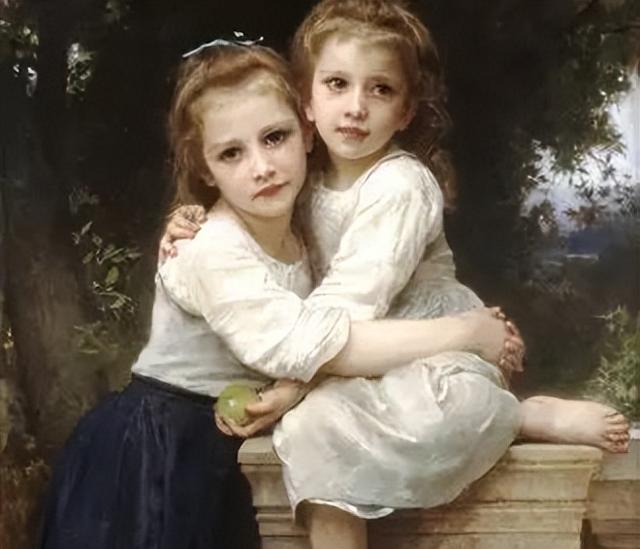 I was six years old and my sister, Sally Kay, was a submissive three.For some reason, I thought we needed to earn some money. I decided we should “hire out” as maids. We visited the neighbors, offering to clean houses for them for a quarter cents.

Reasonable as our offer was, there were no takers. But one neighbor telephoned Mother to let her know what Mary Alice and Sally Kay were doing. Mother had just hung up the phone when we came bursting through the back door, into the kitchen of our apartment.“Girls,”Mother asked, “ Why were you two going around the neighborhood telling people you would clean their houses?”

Mother wasn’t angry with us. In fact, we learned afterwards, she was amused that we had come up wih such an idea. But, for some reason, we both denied having done any such thing. Shocked and terribly hurt that her dear little girls could be such “bold-faced liars,” Mother then told us that Mrs. Jones had just called to tell her we had been to her house and said we would clean it for a quarter.

Faced with the Truth, we admitted what we had done. Mother said that we had “fibbed.” We had not told the Truth. She was sure that we knew better. She tried to explain why a fib hurt but she didn’t feel that we really understood.

Years later, she told us that the “lesson” she came up with for trying to teach us to be truthful would probably have been frowned upon by child psychologists. The idea came to her in a flash… and our tender-hearted mother told us it was the most difficult lesson she ever taught us. It was a lesson we never forgot.

After admonishing us, Mother cheerfully began preparing for lunch. As we munched on sandwiches, she asked, “ Would you two like to go to th moives this afternoon?”

“Wow! Would we ever!” We wondered what movie would be playing. Mother said The Matinee. Oh, fantastic! We would be going to The matinee! Weren’t we lucky? We got bathed and all dressed up. It was like getting ready for a birthday party. We hurried outside the apartment, not wanting to miss the bus that would take us downtown. On the landing, Mother stunned us by saying, “Girls, we are not going to the movies today.”

We didn’t hear her right. “What?” we objected. “What do you mean? Aren’t we going to The Matinee? Mommy, you SAID we were going to go the The Matinee!”

Mother stooped and gathered us in her arms. I couldn’t understand why there were tears in her eyes. We still had time to get the bus. But hugging us, she gently explained that this was what a fib felt like.

“It is important that what we SAY is TRUE,” Mother said, “ I fibbed to you just now and it felt awful to me. I don’t ever want to fib again and I’m sure you don’t want to fib again either. People must be able to believe each other. Do you understand?”

We assured her that we understood. We would never forget.

And since we had learned the leeson. Why not go on to The Matinee? There was still time.

“Not today,” Mother told us. We would go another time.

That is how, over fifty years ago, my sister and I learned to be truthful. We have never forgotten how much a fib can hurt. 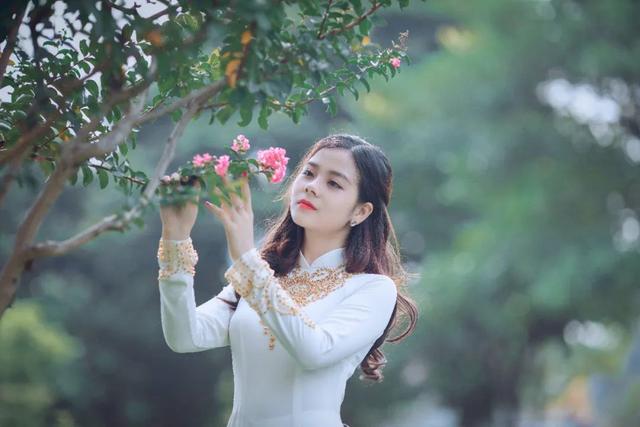